Marq de Villiers is a journalist and the author of more than a dozen books. His latest title, Back to the Well: Rethinking the Future of Water (Goose Lane Editions, 2015), was shortlisted for both the Donner Prize for Best Public Policy Book by a Canadian and the Evelyn Richardson Prize for Non-Fiction. He has a new title, Hell and Damnation: A Sinner’s Guide to Eternal Torment, forthcoming from University of Regina Press (2019). In the following post, he talks about his new book, getting paid as a writer, life on the South Shore, and more. 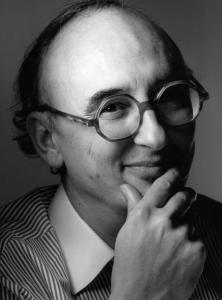 How long have you been writing? What drew you to writing in general, and non-fiction in particular?

In addition to being the author of more than a dozen books, you also have a background in journalism. How did you find the transition to writing books?

The first two questions run together, at least in my case.

My working life has been less than purposeful. Not to put too fine a point on it, I blundered into journalism because I couldn’t think of anything else to do. Between graduating (University of Cape Town) and graduate work in London I got a summer job on a small newspaper in South Africa called, if you must know, The Friend (don’t ask). The first day at work the news editor, knowing that I knew nothing, told me to take along a photographer and go into the town and find a story. That’s when it hit me: they were actually going to pay me to get out of the office and talk to people! That didn’t seem like real work … So I stayed with journalism, and have considered myself a journalist ever since.

There was nothing high-minded about it—no “telling truth to power” and all that stuff.  That came later. It was just … interesting.

When I came to Canada, therefore, I worked in the newspaper world for a while, doing all the usual beat work—police work, the courts, local politics, general assignment reporting. After a few years I was sent to Moscow as Russia correspondent for a Toronto paper and that changed the people I was talking to and writing about, but the methods were the same—interviews, observations, analysis, lots of words, story telling.

Later I got into feature writing, and found I was writing longer and longer stories, so I moved into magazine journalism, where I got the space I needed. I became a 5,000-word specialist. I did that for many years.

Then I was approached by a literary agent, who asked me if I wanted to write a book.

You’re from South Africa, write a book about that.

And I found that books gave me even more room to write than magazines did. (I once had to cut more than 30,000 words from a manuscript; even book publishers have their limits.) So I’ve been doing it ever since. Sixteen books, now, and counting.

This also explains why I write non-fiction. I did try fiction once, and actually finished a manuscript, but it was no good, hopeless even, and I never submitted it anywhere. It turned out I was writing the kind of book I hated reading. (By that I don’t mean fiction—I read plenty of fiction. I mean books that are all technique and no story.) I found I had no talent for making things up. I have always needed the crutch of fact.

I don’t tend to call myself a writer, even now. In my mind, I am a journalist first.

What do you love about living in Nova Scotia?

I’ve lived and worked in many interesting places in my time. Cape Town and Moscow, as reported above. But also London, Paris, northern Spain, Rome. In my work I’ve visited many other cities and countries—Dar-es-Salaam, Timbuktu, Samarkand, Xian, Singapore, Cairo, most countries in Europe and much of the former Soviet Union. I am comfortable in many cultures, can get by (albeit poorly) in a handful of languages. I could live anywhere. But I choose here.

My wife Sheila, a Hirtle from Lunenburg County, has been my collaborator on many books, and has immeasurably improved my work with her sceptical editorial eye. She also has the great virtue of owning a 200-plus-year-old house on Tancook Island, and when we were living “away” we always tried to get there for a while each summer. I like the rhythm of Nova Scotia, the amiability of its people, and their lack of pretension. I love the landscape and yes, even the weather. “Elsewhere” has now become agreeable to visit, but no longer a place to live.

What’s the biggest misconception about being a writer?

Writers themselves don’t share this misconception, or very few of them, but for many it is that writing is not real work.

Just do it. Like anything else, practice doesn’t make perfect, exactly, but it does make you better. Figure out what kind of stories interest you, and write those. With any luck, a lot of people will agree with you, and your books will sell gazillions. (Mine don’t, but I’m still working on it…)

What's great about writing in your part of Nova Scotia?

When I lived in Lunenburg, I could see the harbour from my office window, and the masts of the Bluenose II. What’s not to like? Now, we live down the shore some, and our house faces south to the open ocean, nothing between us and Brazil but the speck of Bermuda. True, it gets over-exciting in a major storm, but that’s Nova Scotia for you. It’s easy to take an expansive view from here.

None of my pleasures are guilty ones. Though I don’t like talking about the fact that in decades of writing I have yet to suffer from writer’s block. I find that annoys people, who think it unfair.

Oddly, the thing that I take most satisfaction from in my working life has not much to do with writing, or shelves of books, or awards, or sales, but that I have a California vineyard named after me, a 15-acre plot that produces very high-end pinot noir wines (that sell for prices I can’t afford). But I don’t feel guilty about it.

Do you remember the first time you were paid for your writing? What was it like?

I think I answered this in my response to questions 1 and 2—I have always been paid for my writing. Still, it’s pertinent to note that when I began working on books those decades ago non-fiction writers could anticipate a decent advance against royalties. Alas, that is no longer even remotely true. So in a way I am getting paid less now.

Where do you like to write? Do you have a dedicated writing space, or do you prefer to move around?

I’m a creature of habit. I write in my loft office, with my computer apparatus perched on an old oak roll-top desk salvaged from the demolished Bridgewater railway station. I can write elsewhere, but I feel most comfortable here.

My work-in-progress (now in final edits) is called Hell and Damnation: A Sinner’s Guide to Eternal Torment.

The following from my original outline:

“Hell and Damnation is more than a peek into the wormhole of the medieval imagination, more than a guidebook to cruelty, though it is both those things. It is, in essence, a commentary on the nature of faith, for the decline of hell (if, indeed, it is declining) has consequences for heaven too. This book is for those with an interest in the picaresque, but also for those who look on the human religious project with a certain skepticism, and are keeping a wary eye on the continuing overlap between faith and politics.”

Publication is scheduled for March 2019. University of Regina Press would be happy to sell you a copy…